in a tall, thin house redux

This is the tall, thin house, of which I once previously wrote. 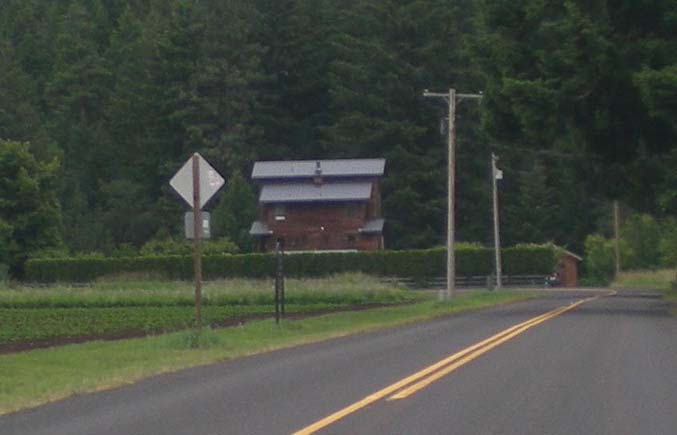 This is what you can see out of its window. 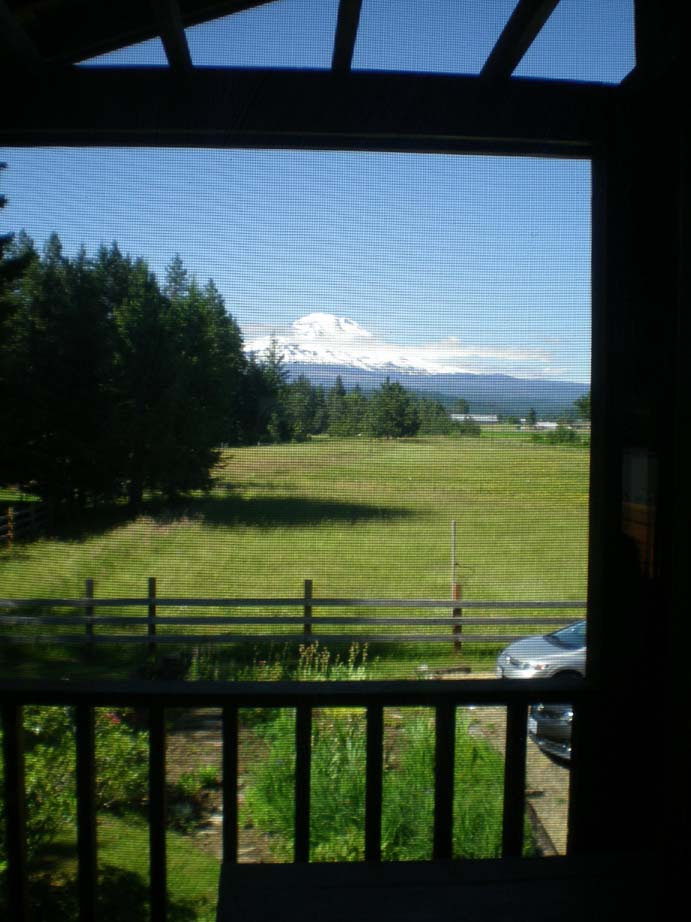 (There's another big white mountain just like it on the other side.)

These are the resident dogs, with their enthusiastic fans. 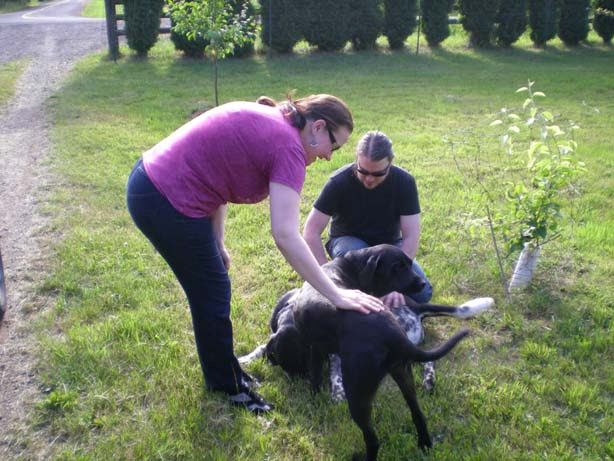 This is the cat down the road, where I stayed. 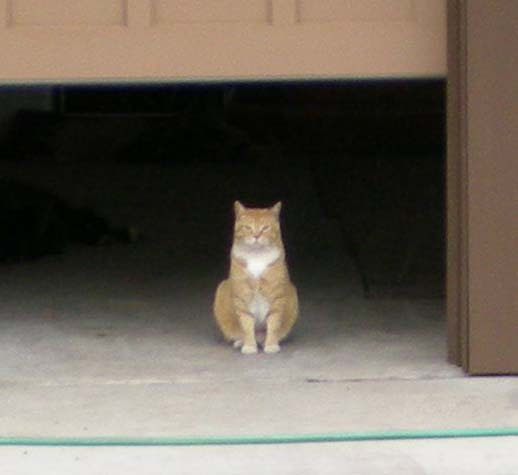 This is what we all looked like inside the house. 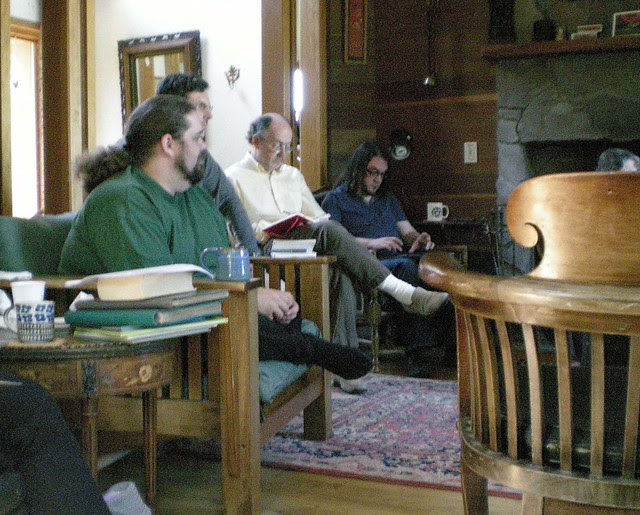 And that's where I went on my driving trip last week.

I took Kevin Standlee's recommended shortcut north off of I-5 - US 97 from Weed to the Klamath Falls area, then NW to Eugene on OR 58 - no longer a road than the freeway and a lot less mountainous, but unfortunately also slower, due to fewer lanes but just as many trucks, and road work going on in the Cascades on 58. Still, I got to Portland in time for dinner and to raid Powell's before retiring for the evening. The following morning, after a visit to Classical Millennium, my favorite remaining CD store - now sadly downsized into one large room between the Music Millennium storefronts instead of occupying one whole storefront by itself - I headed across the river and up into the mountains to hobnob with my fellow wizards.

Three days later, I emerged and crossed over into the Hood River Valley, stopping at the fruit stands for treats some of which made it all the way back home, and once at the top of the valley on OR 35, then over the Mount Hood passes and down US 26 into the less verdant but, it turned out, still rainy regions of the high steppes and mesas of central Oregon. Besides the concert in Bend and then the plays back over the mountains in Ashland, of which I already wrote, and meals, my agenda consisted of three things:
1) The fossil beds in the John Day National Monument to the NE. The Clarno unit, though the most isolated of the three units, is the closest to where I was, so I went there. The easily tourable area consists of high palisades, from which chunks of rock occasionally break off and fall, adding to the regolith below, which you can clamber around and see the ancient tropical plant fossils exposed on their fracture surfaces.
2) The lava tube cave in the Newberry Volcanic Monument south of Bend. I'd been here as a smallish child and had always wanted to go back. There's no light provided inside the cave; you may rent a lantern or bring your own lightsource. I had a flashlight, which though powerful was weak against such overwhelming massive darkness. I had to keep it focused on the ground in front of me to avoid tripping over rocks or pits. Every once in a while I'd stop, and play the light around the cave.
3) One other hoary item, the briefly infamous hobbit-hole housing tract in Bend. This boom-era development supposedly went bust in the last crash, but it's still there, and someone is still trying to sell the remaining lots, though the advertising sign at the entrance no longer says anything about hobbits, but claims the homes are in European Cottage style. Since, though, the street names are still Shire Lane and Ringbearers Court, that does give the game away. The one newly-built house is, glaringly, not in European Cottage style, and half the lots are still empty, but you can position yourself to take a picture with the street sign and some of the more colorful dwellings like this: 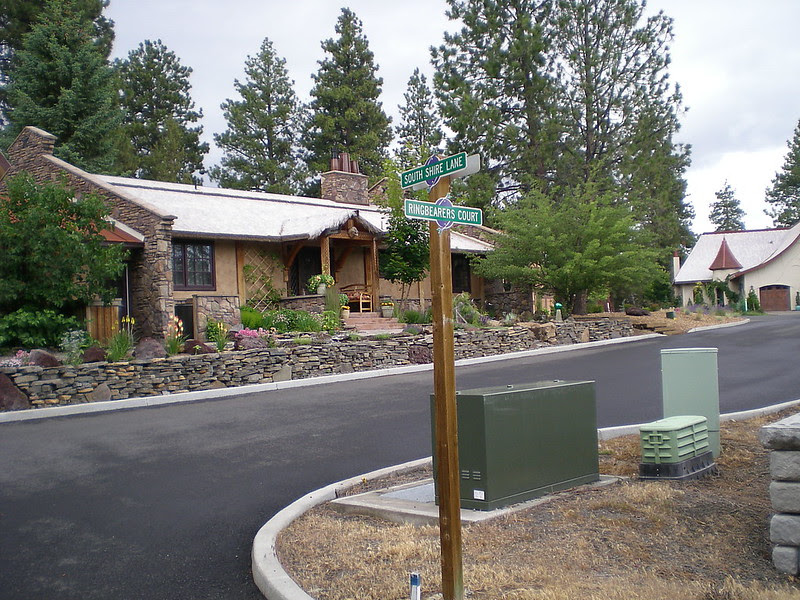